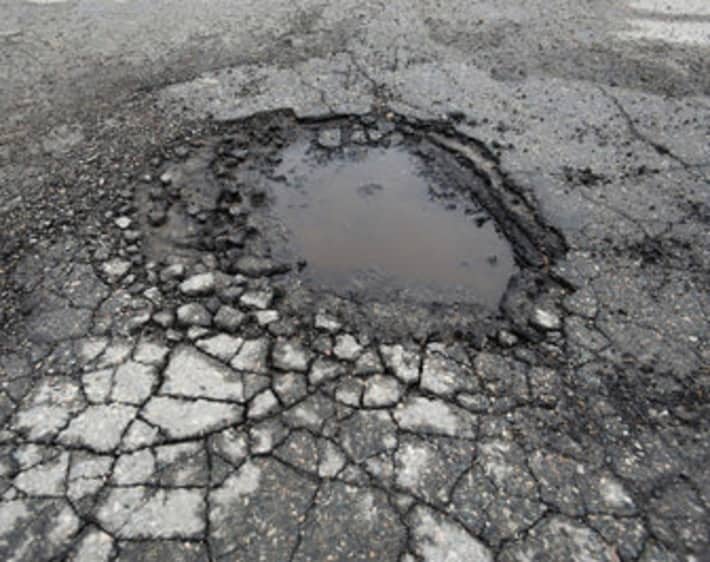 You're already in a hurry to get somewhere, and just as you're turning out of your neighborhood, you hear a soul-crushing, suspension-shaking THUNK! You don't have time to stop and investigate what caused it, but you suspect you hit a sizable pothole. Those darn things are everywhere, but sometimes it feels like your area has a particularly bad pothole situation.

Find out if you are, in fact, living and driving in one of the states with the worst pothole problems.

Which State Has the Worst Potholes?

It's hard to tell which ONE state has the worst potholes, but the states on this list could all compete for that title. If you live in one of these states (or even if you don't!), it's a good idea to learn how to report potholes to local authorities and identify telltale signs of pothole damage on your car.

Potholes are at their worst as winter turns into spring. Why? Because water that seeps into cracks in the road freezes and expands, often destroying the asphalt from the inside out. Unfortunately, Wisconsin's typical winter weather creates a vicious cycle of new potholes all winter long. The state sees dozens of inches of snow every year, but the temperatures can vary — meaning heaps of snow can melt, sink into roads, and refreeze within a matter of days or even hours. Add in salt trucks and snowplows to that, and you've got the perfect recipe for worn roads and potholes.

Much like Wisconsin, Ohio can cycle through melted and refrozen snow faster than you can say, "Watch out for that pothole!" Some Ohioans have even taken to social media to post pictures of the giant potholes plaguing their cities, reports WKSU.

With all the traffic and constant construction in bustling New York City and surrounding areas, it only makes sense that potholes are terrible around the Big Apple. But potholes aren't limited to New York's urban areas! Many rural roads have potholes from snow and rain, too.

To top things off, New York's current policies only allow motorists to file complaints for pothole damage six months out of the year! WGRZ reports that, under strain from constituents, NYS lawmakers are discussing a bill to increase the state's liability for pothole-related damage, among other measures.

Do you live in the northeast? Then your locale probably tops the list of states with the worst potholes. Drivers in Rhode Island, Connecticut, and Pennsylvania are well aware that their states often struggle with pothole damage! Similar to the Midwest, this region can have wildly variable temperatures that lead to more (and MORE) potholes forming on roadways.

In Pennsylvania's famous Schuylkill Expressway, massive potholes have caused many bottlenecks and accidents, with hundreds of drivers experiencing pothole-related damage to their tires and suspension, says Yahoo News. According to MoneyWise, this stretch of road is allegedly one of the worst in the nation!

Wait a minute. There's no snow in Hawaii! How does this tropical paradise make it on the list of states with the worst potholes? Well, there's more than one way for potholes to form. In Hawaii, copious amounts of rain can quickly erode asphalt and cause severe cracking. If the ground becomes saturated, the road can literally sink into the ground — forming not just savage potholes, but dangerous sinkholes as well. Plus, seasons of prolonged rain can make it difficult for crews to get out and repair potholes, as asphalt can't properly cure when conditions are wet for weeks on end.

Unfortunately for California, road conditions in four of its major cities put it on the list of states with the worst potholes. Los Angeles, San Diego, San Jose, AND San Francisco all have excessive potholes that put both motorists and bikers at risk. A report by Mercury News cites unpredictable storms and lack of funding as being top contributors to California's rough roads. The Reason Foundation's annual highway report ranked CA's highway systems 43rd in the nation due to their deteriorating condition.

In this southern state, old roads, funding issues, and residual effects of flooding are wreaking havoc on cars everywhere, says a report by The Advocate. A study by TRIP says that driving on deficient roads costs LA drivers an extra $6.5 billion per year in depreciation, repairs, tire wear, and fuel consumption. Ouch.

Are You In One Of These States With the Worst Potholes?

No matter where you live, potholes can take a toll on your tires, suspension, and morale! If you've already hit a pothole and think your car may be damaged, don't panic. Our technicians can repair pothole damage not just to your tires, but to your whole vehicle (that's the "Plus" part!). Head to your local Tires Plus for pothole repairs you can trust.

Adding Weight to Truck Bed for Traction: Myth or Must-Do?

Feb 3, 2020
During winter, many truck drivers try to enhance their road traction by adding weight to their truck beds. But is it the right move for your truck? Find out!

Can You Finance Car Repairs?

Dec 9, 2019
You spent the last of your paycheck on holiday gifts, but your car has suddenly broken down! Instead of returning gifts, it might be time to talk financing. 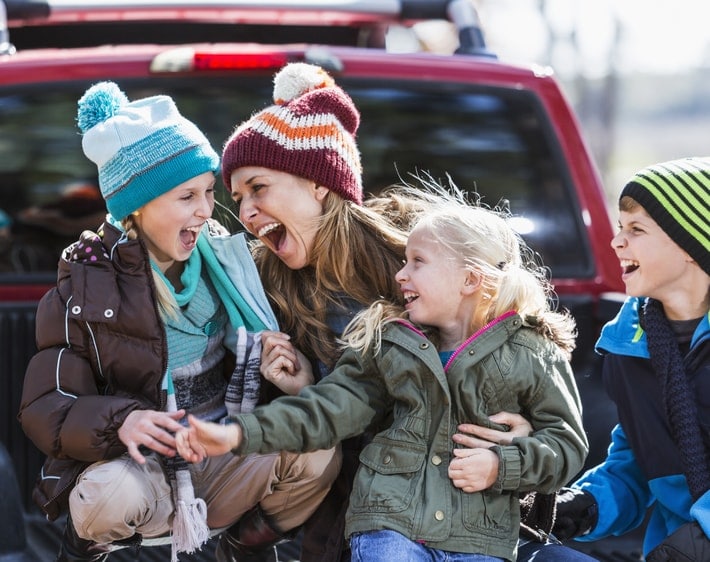 Nov 25, 2019
Is your wallet feeling the heat this winter? Help your wallet keep its cool with these tips thatll make holiday travel cheaper & more family-friendly.