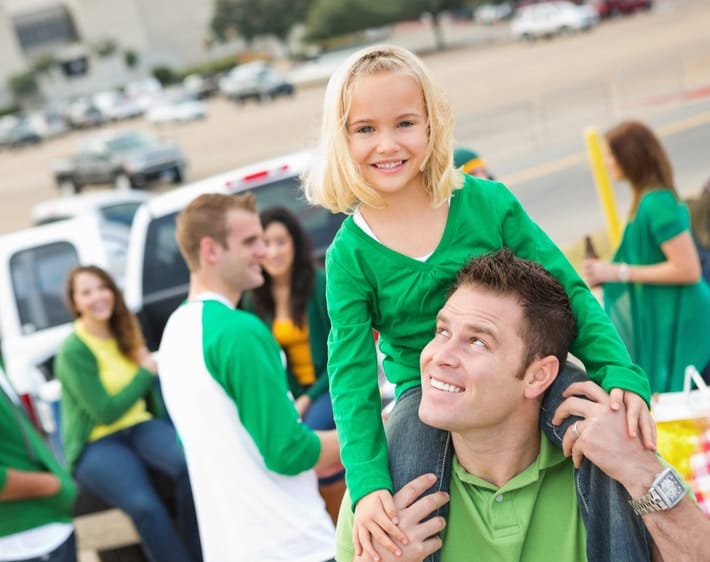 Can you feel it in the air? Football season is here! You and your freshly-laundered jersey have been waiting for months, but the rest of your team? They’re more excited for the tailgate food. (Bring on the cheese dip!) Thankfully, you can get everybody’s head in the game with these family-friendly tailgating games that even non-football fans will enjoy!

Hopscotch is the perfect balance of sport and creativity. This easy DIY tailgate game is a sidewalk classic that doubles as an agility drill and an artistic exercise. Though it’s not a classic tailgate game per se, hopscotch might be exactly what you need to keep the little ones entertained for four quarters.

Draw a sample hopscotch grid on the ground and demonstrate the steps (or hops). Then, have the kids draw their own. Encourage them to use their imagination to add new twists to the grid, or give the game a different spin. For example, they can toss a bean bag on a quadrant and skip around it for an extra challenge. They can even deck out their hopscotch grid with new shapes, detours, and patterns to take things to the next level.

And if you’re tailgating in a grassy area, worry not! Use grass paint to draw the hopscotch grid and let your inner artist run wild. Just remember not to leave kids unsupervised around paint cans!

If you have extended family, friends, and a handful of little ones to consider — you might be tailgating at the house. If so, consider investing in (or making some) ball games to keep the entertainment rolling on your home turf!

Ball games are kind of like a time machine. Once you get into them, the minutes fly by! If your kids aren’t into watching or playing football (yet), read Old Salt Farm’s guide to making your own DIY tetherball set. It’ll give the kids something to look forward to during your next tailgating party, and it’s a great way to upcycle old tires!

This is an adult- and kid-friendly party game—which can easily be made into a tournament with all of your watch party guests. Plus, you can adjust the length of the rope to fit different heights. Check out Old Salt Farm's blog for more on materials and game instructions.

Spikeball is a volleyball-inspired lawn game that’s been gaining traction in recent years. Rather than setting and spiking a ball over the net, spikeball players bounce it off the “net” that looks like a miniature trampoline.

You score points by spiking the ball off the trampoline in such a way that the receiving team can’t bounce it back. The game is equal parts challenging and fun. The best part? It can be played with as few as two players.

Spikeball kits are available online and at most major retailers. Generally, starter Spikeball sets cost $30 to $60.

No tailgate blog would be complete without mentioning cornhole. Cornhole is a classic toss game that’s easy to set up, even within the confines of a packed tailgating parking lot or backyard. Plus, it doesn’t require a lot of strength or endurance, which means tailgaters of different ages and athletic abilities can all participate.

To play, you'll make two teams, each with two people. Set up your cornhole boards a few feet apart and facing each other. (Official cornhole rules state that the boards should be 27 feet apart, but that might be too far for some younger players.) Stand behind one of the boards, with your partner facing you behind the other one. Then, grab your bean bags and start tossing ‘em. The object of the game is to toss your bean bags into the hole of the opposite board.

There are many variations of cornhole (some people even call it "the bean bag game), so decide on a scoring system and what score you’ll be playing to at the start of each game.

Cornhole kits are available online and at most major retailers for anywhere from $40 to $400! You can also make your own cornhole boards with this DIY guide from the Rogue Engineer.

Get Your Tailgate Ready for Game Day

Now that you have the kids (and grown-ups) excited with these tailgating games, don't let anything slow you down. Tackle minor car maintenance services before real problems arise. Stop by your local Tires Plus for a free Courtesy Check and get ready to tailgate with your whole crew! 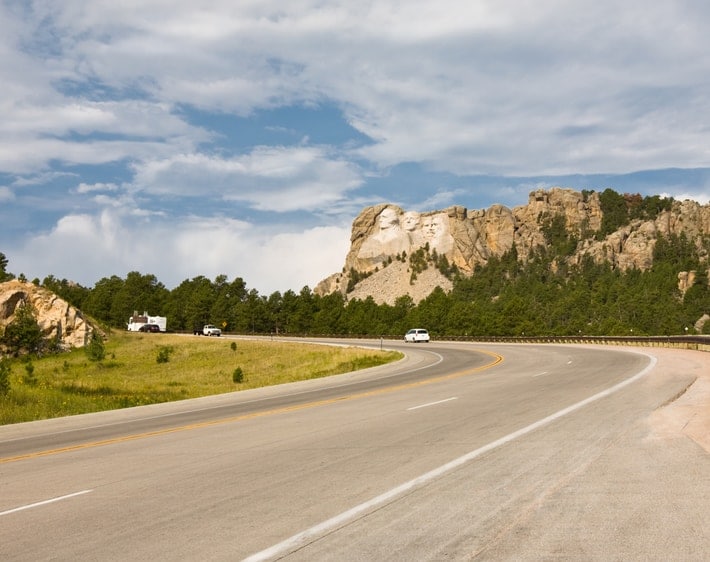 5 Best Road Trips in the Midwest for a Weekend Escape

Ready for a road trip? Keep your tires inflated, your route scenic, and your family happy. These five vacation destinations have something for everyone. 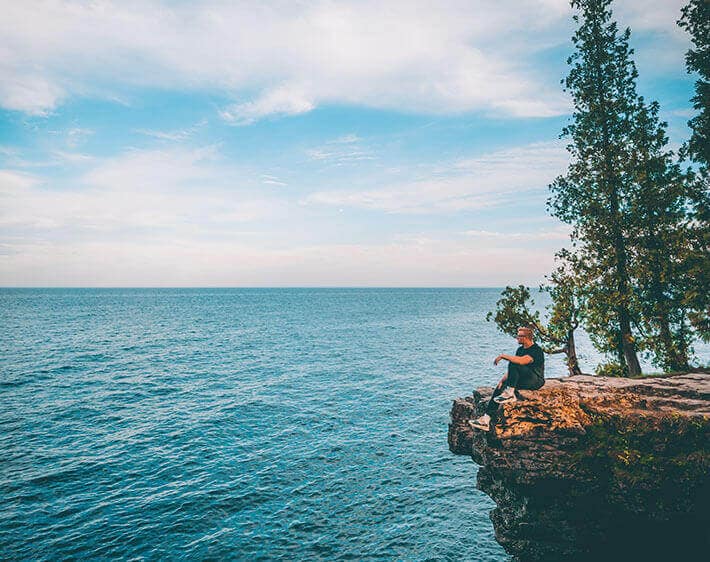 The Midwest is filled with sightseeing treasures. Check out this bloggers road trip to Door County, WI for inspiration. 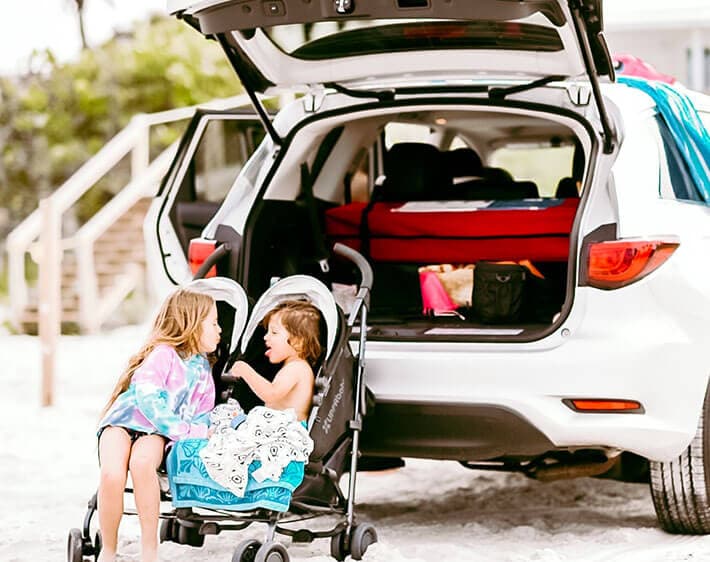 The best part of a road trip? Memories to last forever. Get this bloggers tips on putting together a road trip your family will never forget.