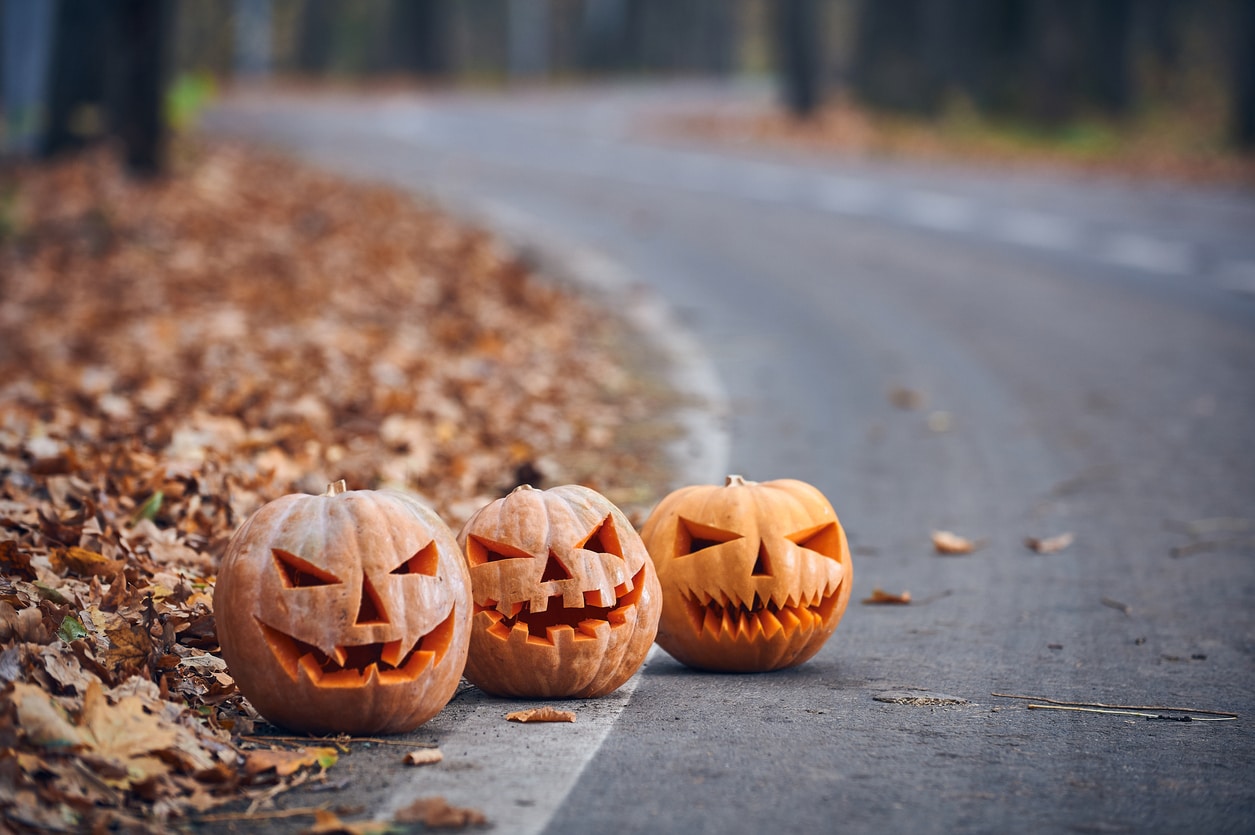 From historically haunted trails to guided ghost tours, there's something spooky in every corner of the U.S. for anyone who dares to explore! If you're all about the eerie and paranormal, buckle up and pack your EMF reader as we give you the run-down on the top haunted road trip destinations and highways in the country.

Scoping Out the Supernatural Southeast

Visit Savannah calls this spooky southern town "the most haunted city in America." As a strategic port during the American Revolution and the Civil War, the city has witnessed more than its fair share of dark days.

Many visitors and locals claim that Savannah's horrific history echoes through to the present, with several tourist sites hosting poltergeists and paranormal activities. If you dare swing by Savannah, pay a visit to the Hamilton-Turner Inn, where a ghoulish cigar-smoking man puffs away on the rooftop. Then make your way to the Marshall house, a former war hospital where the sounds of groaning patients and rolling gurneys can still be heard.

If road-tripping with kids, Savannah also offers a myriad of less-spooky, child-friendly attractions, like Angela Beasley's Puppet Show and the picky eater-approved menu at The Pirate's House.

I-4 Dead Zone in Sanford, Florida

Make sure you get your vehicle inspected before driving through I-4's Dead Zone in Sanford, Florida — it's one of the last places where you'd want to get stuck on the side of the road! As reported in Atlas Obscura, legend has it that construction crews encountered several buried bodies when building this stretch of the I-4 corridor. Allegedly, these remains belonged to settlers of a "failed colony," which was decimated by yellow fever and challenging environmental conditions sometime around 1886.

Allegedly, crews continued building the highway over the graveyard rather than leaving the remains undisturbed or giving them a proper burial elsewhere. Understandably, the ghosts of the unburied settlers continue to haunt the area, which is still one of the most wreck-prone roads in Florida today.

Like other Texas boomtowns, Terlingua's population exploded after cinnabar — the prime material for mercury was discovered in the area. But mining for cinnabar was an unregulated business, and many workers died prematurely due to exposure to dangerous chemicals and improper safety precautions. Coupled with a severe outbreak of Spanish Influenza, the town graveyard grew quickly and haphazardly, leaving unmarked graves, makeshift tombstones, and ghastly apparitions in its wake.

Eventually, demand for mercury-rich cinnabar dropped, and the remaining people of Terlingua moved on to find employment and wealth elsewhere. Today, you can visit the ruins of the homes, businesses, and churches they left behind.

As the name implies, Tombstone, AZ, has a dark past and a few haunted locales to prove it. Like Terlingua, Tombstone's population grew tremendously upon the discovery of silver in the region. One day, the miners struck water, which flooded the mines, taking multiple and the townspeople's primary source of income in the process.

Today, Tombstone is remembered for the tragic mining accident and hosting some of the Old West's most famous gunfights. Allegedly, ghostly miners and gunfighters can still be seen wandering the town streets and messing with patrons and staff at historical sites such as the Bird Cage Theaters and the O.K. Corral.

Witness the Weird and Wicked West

If you want to go ghost hunting from the warm and "seemingly" safe comfort of your vehicle, you must include Ortega Ridge Road in your haunted places road trip. Local lore has it that, around a century ago, three nuns left the nearby convent to deliver meals and supplies to the less fortunate. However, PopSugar reports that, as the nuns journeyed into town, they crossed paths with roadway bandits, who robbed and killed them. Allegedly, the spirits of the three nuns, or "las tres hermanas," can still be seen hovering down the road wearing their traditional robes.

As if clown-filled motels weren't enough to scare the living daylights out of most people, this particular Nevada haunt also happens to be next to the town's old graveyard. If you dare spend a night at this creepy inn, be prepared to face vintage clown figurines in every corner and sense ominous presences lurking in the corners of your room.

Pittock Mansion is known for its stately rose gardens, expansive Mt. Hood views, and for having one of America's most haunted homes. The house was built in the early 1900s by Henry and Georgiana Pittock, owners of The Oregonian newspaper.

The couple's enjoyment of the home was short-lived, with each of them dying within five years of moving into the space. Though the family continued living there after Henry and Georgiana's passing, the maintenance cost eventually became too much for them. They eventually sold the estate to the City of Portland.

Today, the home is open for tours. Many visitors say they've experienced cold spots and a feeling of being watched or touched while navigating the corridors. Likewise, staff reports objects moving without human intervention, including a pair of boots that seemingly like to walk themselves.

Legend has it that Spirit Lake, Idaho, was initially called Clear Lake. However, the area's Native American residents renamed it after a tragedy happened in their midst. According to Only In Your State, the story says that the local tribe's chief promised his daughter to a rival tribe's leader as a peace marriage.

Either way, the couple was never seen again — at least, not in the flesh! Today, locals report spotting a ghostly couple canoeing around the lake on foggy mornings. However, the apparition fades away when approached!

Make Friends with the Midwest's Mysteries

If you're looking for the best haunts in the Midwest, you can't skip Ohio's Mansfield Reformatory — the prison where The Shawshank Redemption was filmed. This prison bore witness to horrifying events, including fights, mysterious deaths, and inhumane conditions. Rumor has it that many prisoners and wardens never left the building, confined to the afterlife.

The reformatory is currently open for public tours. Some visitors report hearing steps coming from empty hallways and doors slamming unprompted. Additionally, guides and staff claim they can hear the echoes of a fight between the warden and his wife late into the night.

This 120+-year-old hotel in the heart of the Windy City once served as Al Capone's headquarters and H.H. Holmes's hunting ground. Today, hotel staff and guests report paranormal activity, likely stemming from the inn's dark past. For instance, some guests have had their sheets yanked away from them in the middle of the night, and custodial staff are on friendly terms with a ghost they call "Peg Leg John," who likes to mess with electronics and radio signals.

Navigate Beyond the Known in the Northeast

Lizzie Borden was convicted for her dad and stepmom's murders in 1892. However, controversy about her potential innocence continues to this day. A bed and breakfast operates out of the home where the murders occurred. And, in keeping with local lore, they continue to serve the family's last meal — johnnycakes and eggs — each morning.

Paranormal-curious guests flock to the home each year for a chance of catching a glimpse of Lizzie and her deceased relatives. According to the inn's reviews, most overnight visitors report having a hauntingly good time.

In life, Mark Twain was a big believer in the supernatural, so it's no surprise that he allegedly continues to haunt his home in the afterlife. When sharing stories of Twain's life and the tragic loss of his daughter, tour guides report hearing bumps, scratches, and weeping. Additionally, visitors report experiencing tugging at their sleeves and spotting apparitions during the nightly tours.

Get Ghost Tour-Ready with Tires Plus

These spooky road trip destinations are scary enough, no need to add a dead car battery or an oil leak to the mix! Before you embark on your paranormal road trip, make sure that your carriage is up to the task by visiting your local Tires Plus for oil changes, tire services, and everything in between.

6 Springtime Driving Hazards Everyone Should Know

Mar 15, 2021
Winter is gone, and spring is in the air. But with it comes new potential dangers! Stay prepared by watching out for these 6 springtime driving hazards. 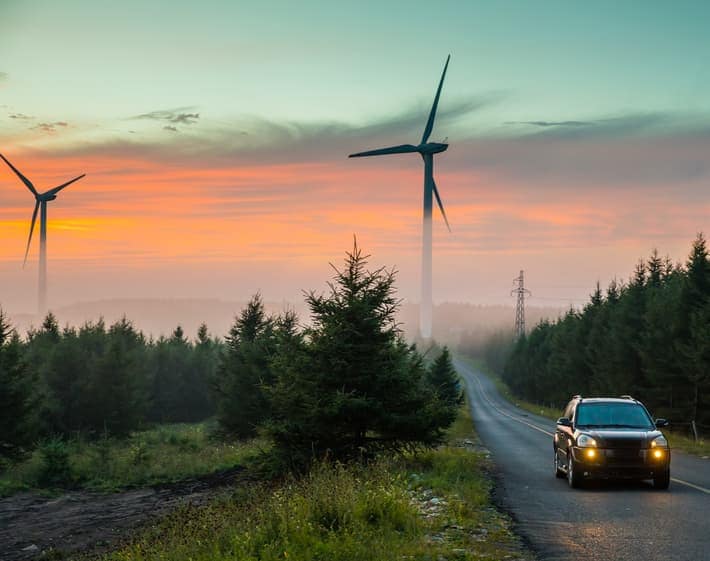 Feb 1, 2021
Its possible to reduce your carbon footprint by making small, incremental changes. So why not start with your car? Use these tips for eco-friendly travel. 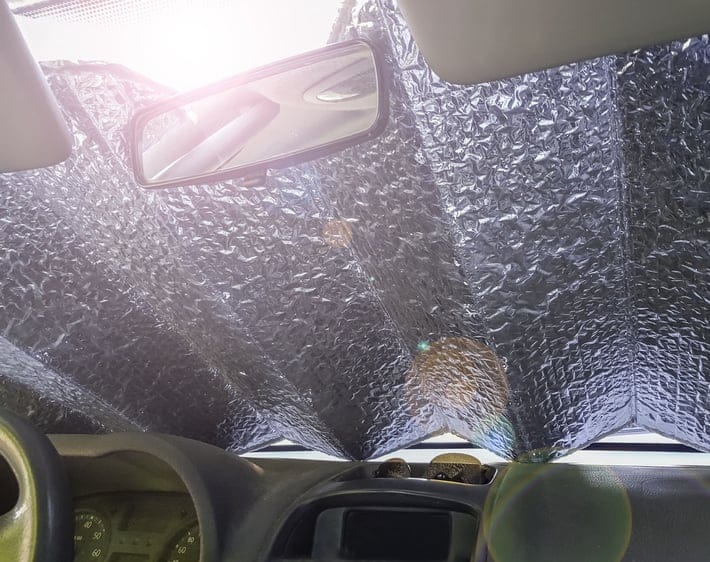 Beat the Heat! Ways to Cool Down a Hot Car Interior

Jun 22, 2020
Cars can reach temps of 130F+ when parked in the sun! If youre sweating it up in your hot cabin, learn what you can do to speed up the cooling process.